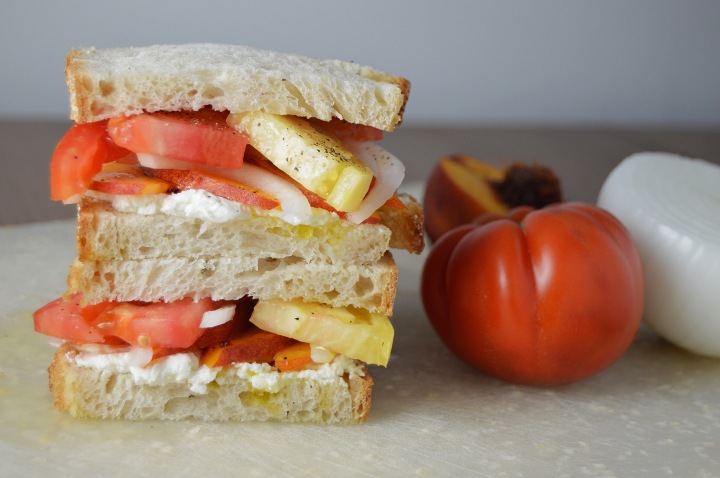 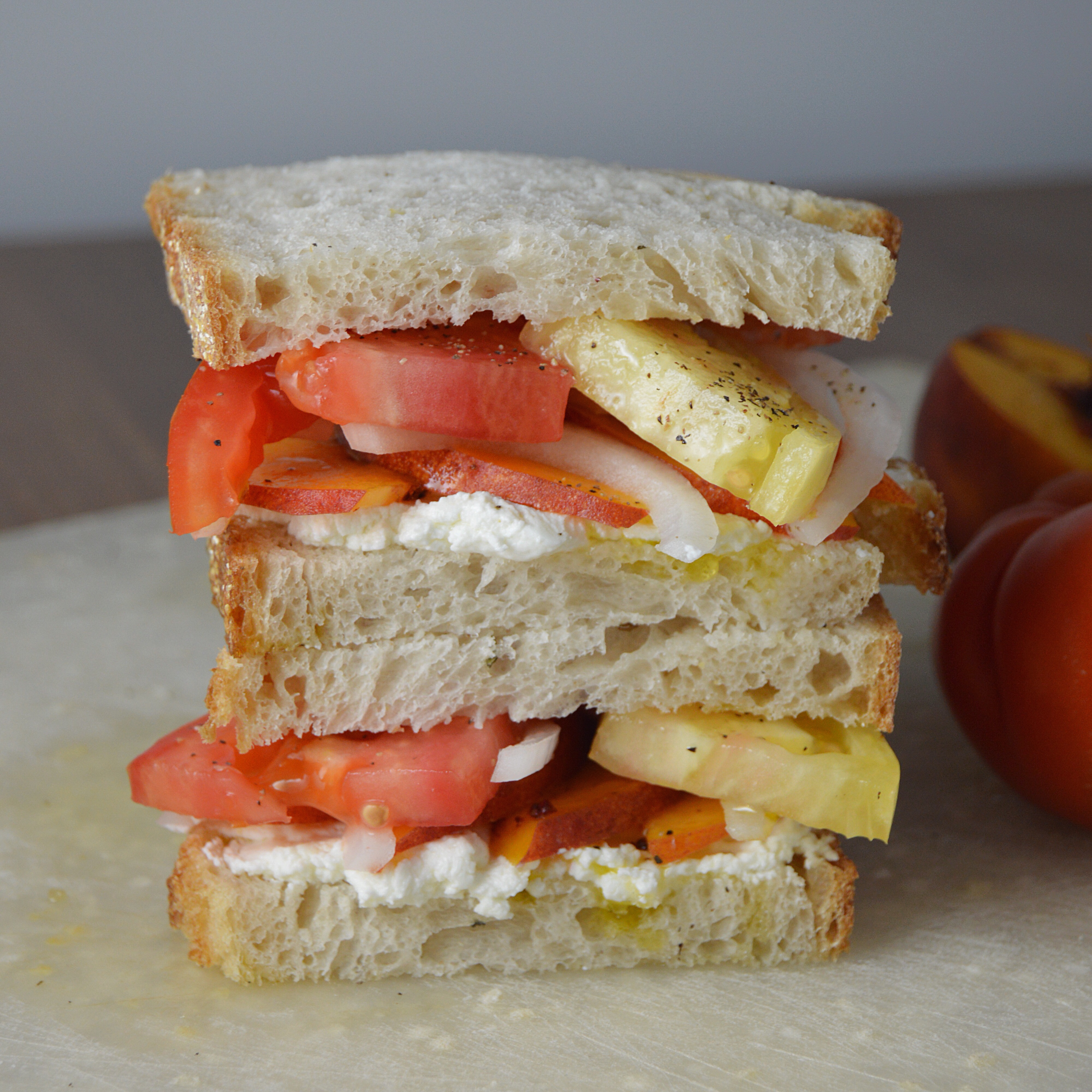 A couple weeks back, Matt and I tried out farm-camping using a booking site known as Hip Camp. We chose an organic farm called Moon in the Pond Farm located in Massachusetts. We usually camp at standard camp grounds, but after several experiences feeling as though we were too close to other campers, we decided to try a new approach. Moon in the Pond Farm has three campsites, each one removed and secluded from the others. It was so nice to feel more isolated and at peace. But even better than that, was the array of happy farm animals scattered across the property as well as the farm’s offering of homegrown organic produce.

Usually, I put a lot of time and effort into our camping food. But because I was strapped for time and because we were only going to be on the site for one dinner, we decided to wing it. We grabbed a high quality sourdough loaf and some Cabot white cheddar from a local gourmet market and headed to the farm with high hopes for some amazing produce. After settling into our site, we went to buy some produce and were very pleased with the offerings. It didn’t take long for me to choose a selection of heirloom tomatoes, some perfectly ripe peaches and a mild white onion. Back at the campsite, I piled the produce onto the sourdough bread with some sliced white cheddar cheese. I drizzled the tomatoes with olive oil, seasoned with salt and pepper, and our peak summer produce sammies were complete. Side Note – I always camp with a jelly jar full of olive oil and my traveling spice kit. Anyway, for how simple these sandwiches were, it was truly amazing how delicious they were. I knew immediately that I’d be developing a recipe for these sandwiches ASAP. For this recipe, I changed up the cheese choice using goat cheese instead of white cheddar. But both way are totally scrumptious. I like the way the goat cheese acts a spread, helping the sandwich stay together. I should also note that this is not a year-round sandwich. This is a sandwich that will only work during tomato/peach season (aka summer). The sandwich is super simple in order to highlight the outrageously delicious flavor of the produce. So without perfectly ripe and in-season produce, it’s simply not going to have the same effect. But the good news is, we have another month to enjoy this sandwich at its best and I know for sure that I’ll be taking advantage of it through September.

Remove goat cheese from fridge to soften. For an immediate soften, microwave for 5-7 seconds.

Slice tomatoes, peaches and onions. Evenly spread goat cheese onto 4 slices of bread, 1 ounce per slice. Arrange an even layer of peach slices on top of goat cheese (about 1/2 peach per slice). Add onion slices on top of peaches. I used 10-12 half moon rings per sandwich. Layer with heirloom tomatoes.

*whenever I use bread, I only use all-natural, high quality bread – take a look at the ingredient list, it should be simple and straightforward (no strange or seemingly unnatural ingredients) – when in doubt, head to your local bakery

I’m Mary, a personal chef & imperfect vegan living in Brooklyn, New York. I’m all about mindful & simplified living with a focus on delicious, satisfying & nutrient dense food. Although I cook with all ingredients for my clients, I only cook plant-based for myself, so most of what you’ll see here is vegan-friendly. Radiate Food Vibes is where I share my favorite recipes, meal prep tips, culinary knowledge and more. Thx for stopping by! xo 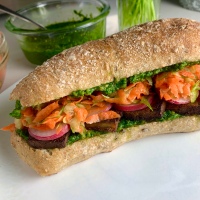