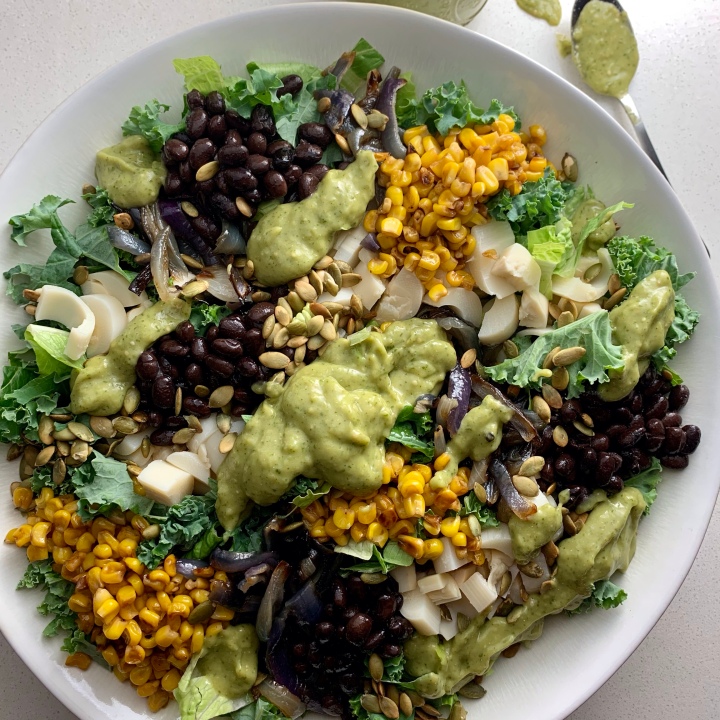 At my first job in New York City I fell in love with a small salad chain called Chop’t, one of the first in a trend of fast-casual restaurants serving up crave-worthy & customizable chopped salads. By far my favorite place to grab lunch, there was one salad in particular that became my go-to. There menu has since changed a bit but this salad was my kind of my own concoction, but based on one of their menu items (I just did some trade outs to avoid paying for a fully customized salad). It went something like this – kale & romaine base, avocado, pepper jack cheese, charred red onions, corn, black beans, broccoli. But the best part of it all was their “Mexican Goddess” dressing made with tomatillos, creamy avocado and flavor-packed cilantro.

It wasn’t long before I started making the dressing for myself (and later for clients) – turns out it’s super easy and super versatile. You can put it on literally anything savory – veggies, burgers, grilled meat, fish, tacos, nachos, burritos, grain bowls, the list goes on. But this time I’m making my version of the Chop’t Mexican Goddess because I’m craving that one salad from Chop’t – which I haven’t had since quitting the corporate life 5 years ago. Since I’m now plant-based, I skipped the pepper jack cheese and threw in some toasted pepitas and hearts of palm to make up for that loss. I also decided not to add more avocado to the salad because it’s already in the dressing (but really couldn’t hurt to add more if you want to).

I love this salad because it’s so delicious and satisfying while also being very nutrient-dense. I also love that it’s grain-free because I like having grain-free meals from time to time. Being a carb-person, it’s hard for me to feel satisfied without grains. Basically what I’m saying is that you must try this salad because it will help change the way you think about salads, especially vegan ones.

Start by roasting the red onions. Preheat oven to 425 degrees. Toss sliced onions with oil & salt. Spread out onto a sheet tray, keeping the slices together and overlapping in a double-ish layer. Roast for 18-20 minutes. Toss and rearrange, then roast for another 5-10 minutes, until super soft with edges that are browned and caramelized.

While onions roast, cook the corn as desired, season with salt. I like to caramelize the kernels in a pan with oil. Coat a large pan with a thin layer of oil (or butter/vegan butter) and turn heat to medium-high. Add corn. Cook kernels, tossing occasionally to prevent burning, but still allowing corn to caramelize on the bottom of the pan. Add a splash of water if the pan gets too dry. Frozen corn will take 10-15 minutes to caramelize, fresh will take less time. You can also roast the corn in the oven along with the onions.

For the hearts of palm, cut each one in half length-wise and then slice into half-moons. Season the drained black beans with salt, and a little hot sauce and/or lime juice, if desired.

Toss chopped lettuce with toppings and dressing. Toss thoroughly to help massage & soften the kale. Allow the salad to wilt down a bit after tossing with dressing, then eason with salt and pepper to taste. 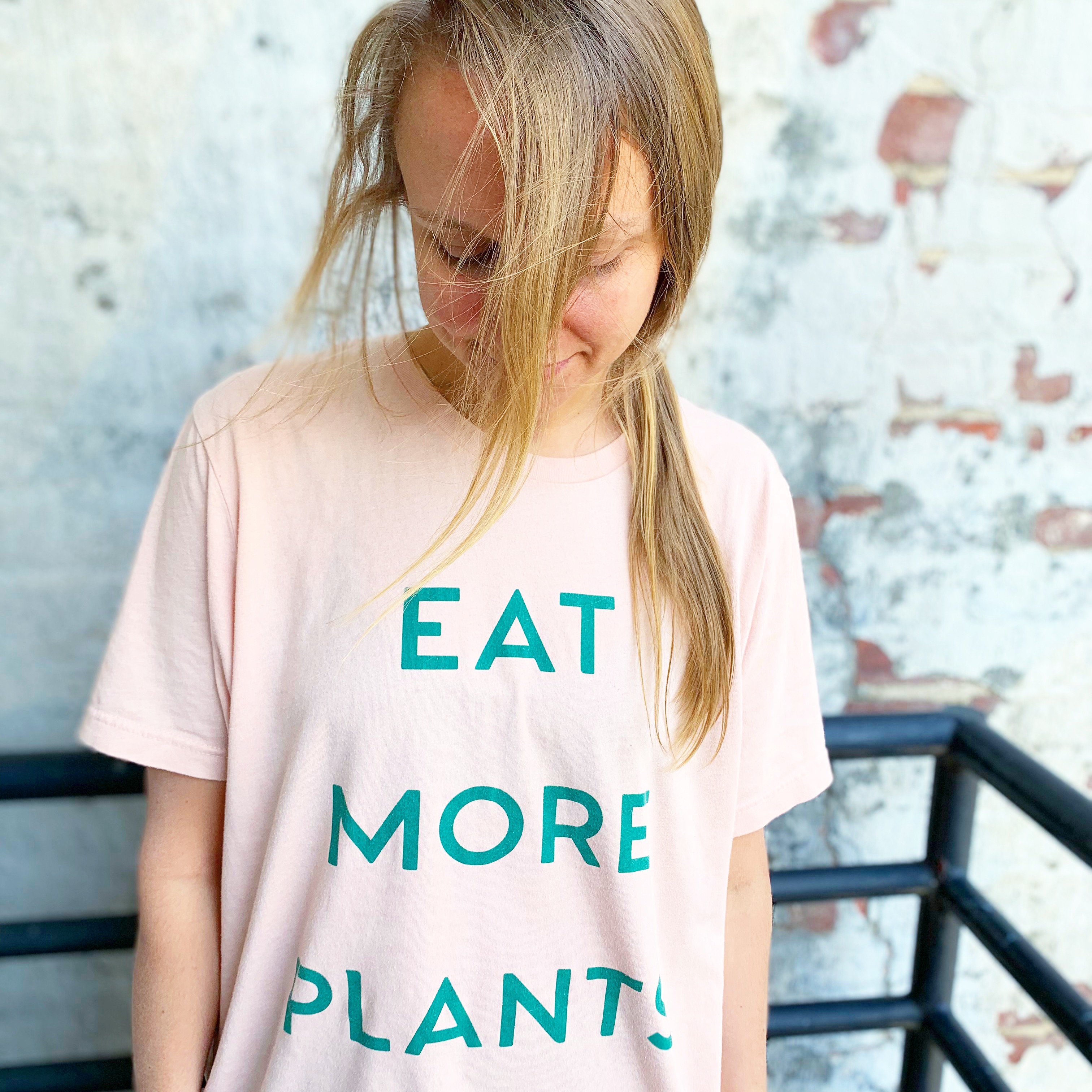 I’m Mary, a chef and plant-eater living in Brooklyn, New York. I’m all about mindful & simplified living with a focus on delicious, satisfying & nutrient dense food. Although I cook with all ingredients for my clients, I only cook plant-based for myself, so most of what you’ll see here is vegan-friendly. Radiate Food Vibes is where I share my favorite recipes, meal prep tips, culinary knowledge and more. Thx for stopping by! xo